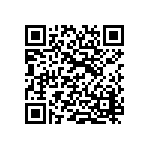 Cancer of the oral cavity

Cancer of the oral cavity